Yesterday afternoon, before the rain, I picked cranberries.  I collected around two gallons, and left at least another two to ripen.  I spent an hour, foraging the delicate vines and soft peat, trying to avoid crushing the plants.  The plump berries range from crimson to cherry-red. 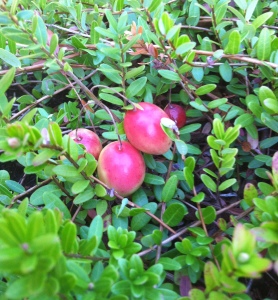 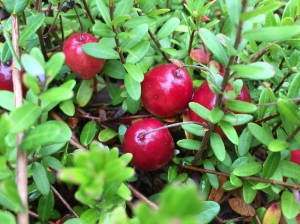 I planted these cranberries in the spring of 2012, as sort of a joke.  At a farmer’s market, I learned that Vermont, which boasts its agricultural prowess, had just one commercial cranberry grower.  To help rectify this deficiency, I began excavating a “bog” in my side yard.  I dug a large circle, eight feet in diameter and about sixteen inches deep, and filled it with peat.  I ordered eight plants from a farmer in Maine.  They grew beautifully, and three years later, I can rightfully call myself “one of the largest cranberry growers in Vermont.”

The cranberry is a low shrub that propagates by creeping tendrils.  It grows pale green leaves, small pink blossoms in early summer, and berries that ripen by fall.  The tart berries, of course, are excellent for sauces and baking.  They contain abundant vitamin C, and historically provided a treatment of scurvy.

Cranberries need moist acidic soil, but contrary to common opinion, do not grow under water or require flooding.  The name “cranberry” derived from “crane-berry,” a term from English settlers who thought the flower resembled the head and neck of a crane.  The native Algonquins, who probably introduced cranberries to the Pilgrims, called the plant “sassamanash.” 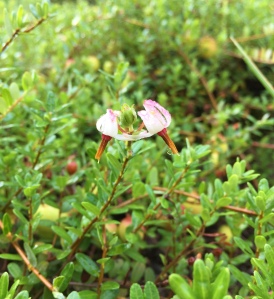 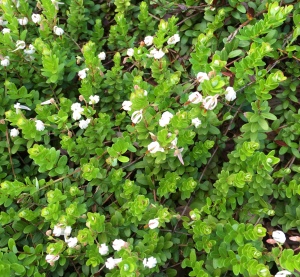 Digging the bog proved much harder than anticipated.  In addition to a shovel, I also needed a pry bar, since the soil concealed thick roots and an endless supply of large rocks.  I expected to finish in a couple afternoons, but instead spent two weekends shoveling dirt and wrestling stones.  I moved the dirt, uphill via wheelbarrow, to fill a trench on the opposite side of my house.  With the rocks, I built a wall encircling the bog.  Even the peat proved difficult: properly wetting and fertilizing it required forceful churning, like cement mixing, which I did with a shovel inside the wheelbarrow.  It was filthy, exhausting work. 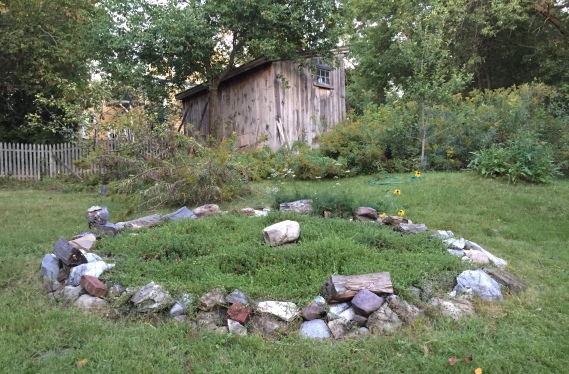 The cranberries grew quickly, with a small harvest the first fall.  That winter, deer ate the plants almost to the roots.  They sprouted again but had no berries for a year.  Subsequently, in November I cover them with chicken wire to guard against winter ravages.

The bog proved a perfect addition to my misfit farm.  The wandering chickens, the apple and peach trees, the blueberry grove, the wildflower meadow, the drafty old house, my happy dogs, the silly notion of a doctor masquerading as farmer — the cranberries exemplify in one spot the beauty and impracticality of the whole endeavor. 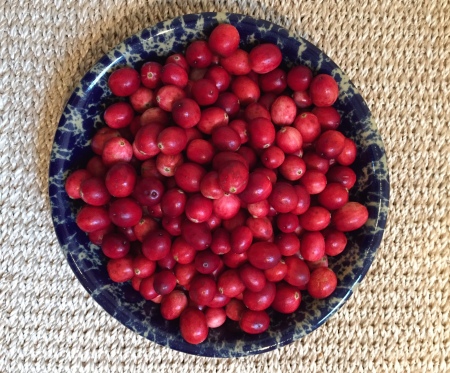 I’ll pick the remaining cranberries in another week or two, after they ripen further.  Even allowing for the increasingly voracious rabbits, this year’s crop will yield more than I need.  I’ll make cranberry muffins, freeze berries for Thanksgiving and Christmas, and still have some for friends.  An impressive harvest of this ancient New England crop! 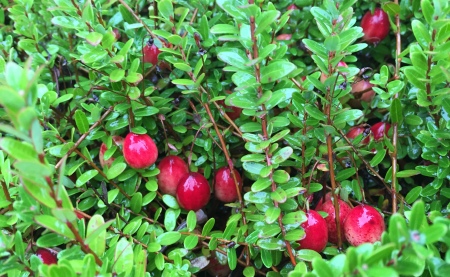 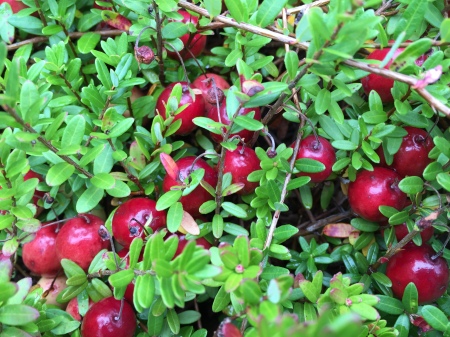 2 thoughts on “The Cranberry Bog.”