My sister and her family live in Chapel Hill, North Carolina.  Each summer, they spend a week on the Outer Banks.  This year they invited me along.  We stayed on Bald Head Island, the southernmost point of the Outer Banks, off Cape Fear.  It’s a beautiful and quiet spot, and rather secluded, relying upon a ferry for connection to the mainland.  British troops built a fort here during the American Revolution, and a second fort was manned by Confederate soldiers during the Civil War.  There’s a famous old lighthouse—called “Old Baldy”—built in 1817.  There are a few hundred houses, a post office and some small shops, a large wetlands preserve, and miles of open beach.  We slept late, swam a lot, read many books, and played poker at night.  Here are some pictures. 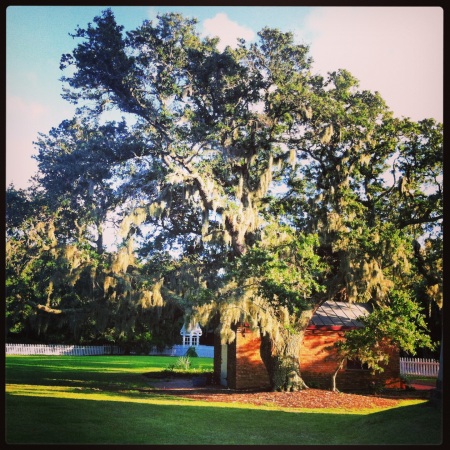 The island is full of massive live oaks, wreathed in Spanish moss.

Old Baldy stands ninety feet high. There are 108 steps to the top, which I climbed for a five-dollar fee. The hexagonal walls are built of brick and plaster and braced inside by beams of yellow pine.

Another view of the beautiful weather-beaten structure. The lighthouse beacon was used until 1930, and it was used to broadcast a radio signal until 1958. 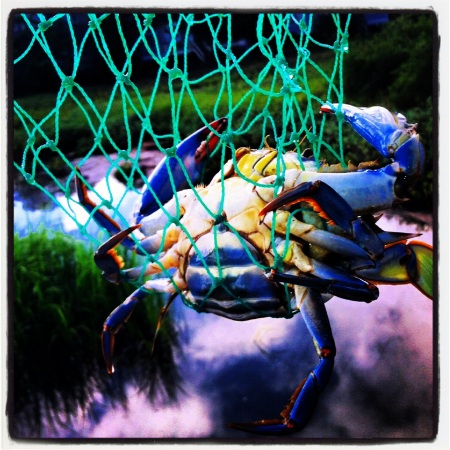 We used chicken legs as bait to catch crabs. This was the only keeper. 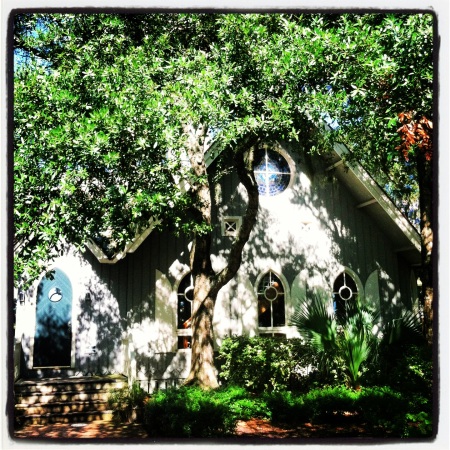 A small chapel near the town center.

The view from the home we rented, overlooking a tidal salt marsh.

The decaying wall of the lighthouse.